What is the Demo Tape Series? 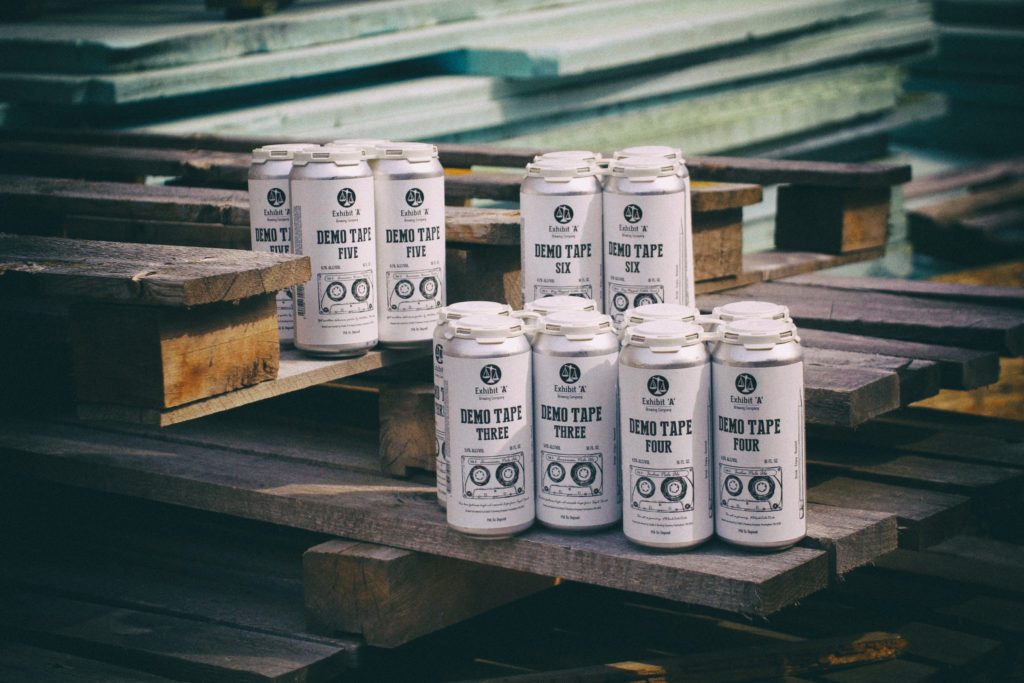 One of the questions we hear from customers is “What’s with the Demo Tapes?” So we figure we should take a moment to explain our naming convention.

In short, the Demo Tape series is what we call our test batch beers. As we work on perfecting recipes and processes, try different styles and experiment in the brewery, we needed a naming convention to keep it all straight. So we tapped a piece of our musical past and loved the idea of calling them Demo Tapes. Our IPA went through two Demo Tape versions (Demo Tape Two and Four) before becoming The Cat’s Meow. There is no end to the series. We could go to Demo Tape One Thousand Forty Two and beyond if we like.

For those of you who may be too young to remember cassette tapes and an age before MP3s and digital distribution, Demo Tapes were what bands and DJs sent around to clubs, managers and record labels to showcase their work. These Demo Tapes were often rough recordings done on inexpensive 4-track recording systems, copied a gazillion times and sent in the mail with the hopes of landing a gig or signing a recording contract. Our Demo Tapes are similar in theme. These are rough sketches of our beers that we think are good enough to showcase to our customers for feedback, like a new band who is still fine tuning all their songs.

You play an important role in the Demo Tape program. Every one of us here at Exhibit ‘A’ Brewing Co. is listening to your feedback. We want our customers to tell us what they like and don’t like so that we can make adjustments, tweak and refine our beers. For example, we weren’t sure how Demo Tape Six: Dry-Hopped Kettle Sour would go over when we brewed it, but it’s been a big fan favorite! So it is getting a regular rotation in our lineup.

There is also an economic reason for the Demo Tape series. Printed cans are expensive. If you’ve been on a tour of our brewery, you may have seen the giant stacks of empty cans in our storage area for Goody Two Shoes and The Cat’s Meow. Getting a printed can for each of our beers isn’t economically viable for small batches. When you figure in how many cans you need to order at a time, plus the cost of printing, it gets up there in price pretty quickly. It’s much easier and more cost effective for us to print out a small run of labels and label blank cans (by hand for now) on each small canning run.

Will every Demo Tape eventually get a name? No. There are some beers that we may enjoy but for whatever reason don’t want to put into a regular rotation. It could be a true one-off because of ingredients or process, or it might be just a fun experiment we wanted to try but didn’t feel it fit into what we want to be putting out there on a regular basis. Although some Demo Tapes might even come back for an encore.

The Demo Tape series itself isn’t immune from adjustments and changes. We will be tweaking the label design a bit to help differentiate the beers and make the style more readable.

We hope this clears up any questions you had.

About the Author: admin